Torch Red is Most Popular Color – Again – for Corvette Stingray

If you were lucky enough to get your hands on a new C8 Corvette, it likely came in Torch Red or Arctic White as those were the two most popular colors for the 2022 model year version of the 'Vette. 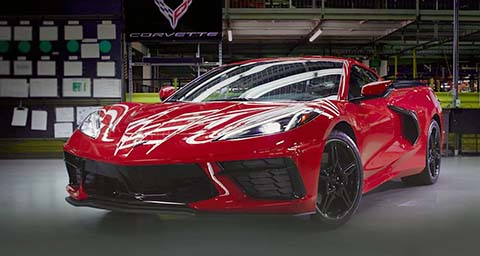 Chevy sold more than 25,000 C8 Corvettes for the 2022 model year, with Torch Red being the most popular.

The numbers come from the National Corvette Museum in Bowling Green, Kentucky, which is next to the plant producing the eighth generation Corvette Stingray — now in its third year. Among the Corvettes produced, 52.1% were fixed-roof coupes, totaling 13,451 cars, while 47.9% or 12,380 were retractable hardtop convertibles.

The Corvette is sold around the world, but 91% are delivered in the U.S., while an additional 3.9% are sold in Canada. Europeans bought 2.7% of the new Corvettes, with small numbers sold in Australia, New Zealand, Mexico, Japan and the Middle East.

In hard numbers, Europe's 2.7% translates to delivery of 693 cars, although not all are left-hand drive, of course. 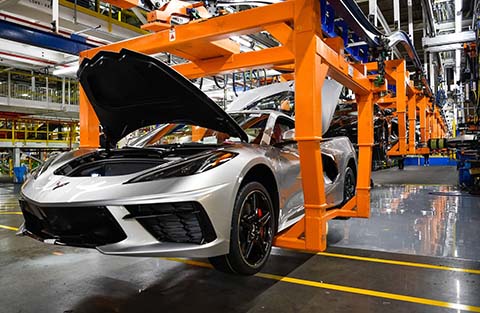 The National Corvette Museum revealed that 91% of all 2022 Corvettes made were delivered in the U.S.

A total of 442 cars were produced with the driver's cockpit on the right-hand side for countries that drive on the left side of the road. Those cars were about evenly split between Australia and New Zealand and other left-lane driving nations.

Most popular trims and options

The 2022 Corvette was available in three trim levels, with the LT1 base trim accounting for 15.4% of sales. The midgrade LT2 trim pulled 42.8% of the market, while the top LT3 trim level was close behind with 41.8% of sales.

The Corvette Stingray carries a long option list, and the most popular buyer-selected option was the NPP performance exhaust. This $1,195 add-on gives the Corvette a free-flowing exhaust that boosts engine output by 5 horsepower and 5 pound-feet of torque to a total of 495 hp and 470 lb-ft. By year-end, 22,471 buyers opted for this feature, covering 86.9% of 2022 Corvette production. 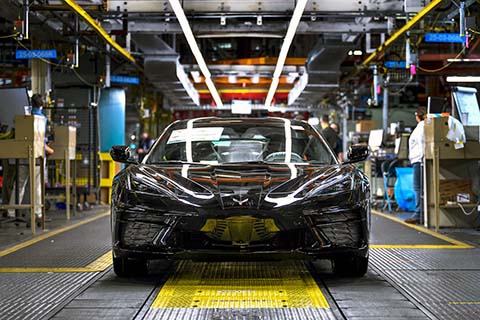 Another frequently ordered option was the $2,595 Front Lift feature, which allows the driver to raise the front suspension to clear obstacles such as speed bumps.

Another frequently ordered option was the $2,595 Front Lift feature, which allows the driver to raise the front suspension to clear obstacles such as speed bumps. Front Lift was specified on 58.8% of Corvettes.

In terms of color choice, Red was the runaway favorite with 7,421 buyers choosing between two different red options. The two options for gray covered 4,493 vehicles.

At the other end of the sales spreadsheet, some of the rarest options included the limited production special edition ZCR C8.R racing appearance package, inspired by the Corvette Racing team's IMSA victories. This was included on 3.9%, or just 1,007 cars.

The Visible Carbon roof option was rare, with 544 cars for 2.1% selection, but not as rare as the Visible Carbon Dual Roof, with 215 orders for 0.8% uptake. For 2022, just 1,146 cars were ordered with delivery at the National Corvette Museum, amounting to 4.4% of Corvettes delivered.

There were few surprises on the color chart. If you want a rare factory color, "Caffeine" brown got just 385 buyers this year, by far the least popular tone. Silver Flare was next with 922 cars, and Accelerate Yellow was sprayed on 1,193 Corvettes. Basic black landed right in the middle of the color chart with 2,766 cars.

Historically, 2022 will be remembered as a pretty average year for Corvette sales, at 25,831 cars. The final 2021 figures were slightly higher with 26,216 cars. The inaugural 2020 model year for the C8 saw just 20,368 sold,though those numbers were depressed by the pandemic.

The rarest year for Corvettes will always be 1953, when Chevrolet produced only 300 examples of the first-year model, all in Polo White with red interior. The asterisk year is 1983, when the changeover from the third to fourth generation prevented any cars from leaving the factory.

Looking ahead, Corvette enthusiasts are eagerly awaiting the 70th anniversary of the original 1953 Corvette and the arrival of the new Corvette Stingray Z06 in 2023. The Z06 is expected to debut with 670 horsepower on tap. Chevrolet has also announced the future development of an all-electric Corvette. However, there is no specific timeline for that car.