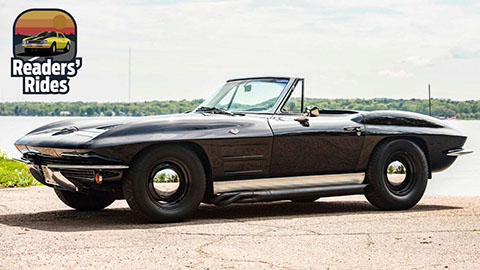 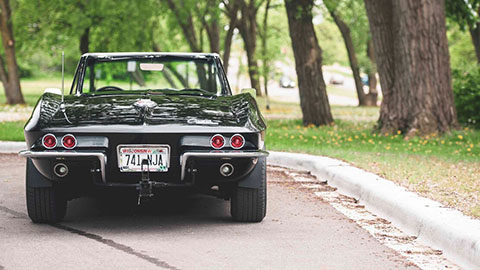 Steve was so elated to have a new C2 Corvette as an 18-year-old that he just about drove the wheels off it, clocking 33,575 miles in just the first year. The 24,000-mile warranty he got with the 1963 Corvette was used up in just eight months. The next year, it was more of the same, with Steve driving the Stingray another 30,000 miles. But then the Vietnam War broke out.

As Steve remembers vividly, "I was drafted into the U.S. Army in May 1965. I, like most of our generation, put our rides up for sale since most of us were being sent to 'Nam. I was very, very fortunate not to be sent there, and my 'Vette did not sell, so I kept it." 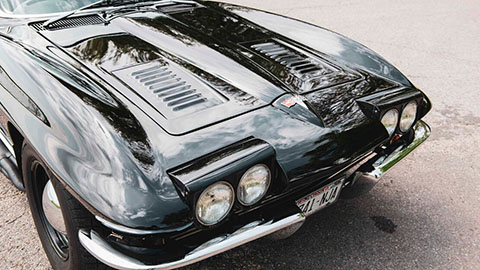 Over the next five decades Steve worked two jobs, raised four sons, went through a divorce, and now has been married to his current wife for 32 years. Over that span, he never sold the Corvette and never stopped driving it. "My 'Vette is the only one I have ever owned, and it is the only one that I ever wanted. Current mileage is 584,000 miles."

In the summer of 2007, Steve and his wife drove the 1963 Corvette 6,000 miles on a road trip to the West Coast with a 7,100-mile trip up to Labrador, Canada, the following year. Then, a few years later, "We turned the half-million-mile mark on October 1, 2012," Steve recalled. Continuing, he told us, "We have done many other things with it: parades, drag racing, autocross, Corvette concourse shows, Bloomington Gold (twice), Corvettes at Carlisle, and eight laps on the Indy 500 track." 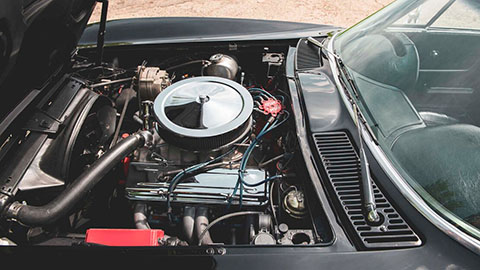 He then proceeded to list off a dozen different states in which the C2 Corvette has been shown – everywhere from Utah to Washington to Wisconsin and even Saskatchewan, Canada.

"Our number one priority is reliability, and number two is looks," said Steve, wisely adding, "You can't drive looks."