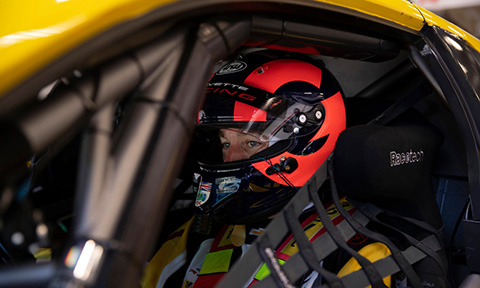 When it comes to racing team owners, Roger Penske's well known by his nickname as "The Captain," and among sports car drivers, the same reverential name has long been used with Corvette Racing's Oliver Gavin, who will hang up his helmet at the conclusion of this weekend's FIA World Endurance Championship race in Belgium.

Corvette's Captain stepped away from full-time duties following the 2020 IMSA WeatherTech SportsCar Championship season, but left the door open to other driving opportunities. The Vasser Sullivan Lexus IMSA GTD team recruited the 46-year-old Briton for January's Rolex 24 At Daytona, and with Corvette's call to enter its title-winning C8.R model at Spa-Francorchamps, Gavin and Antonio Garcia were chosen.

Far from the site of his first test at Sebring for Corvette Racing in 2001, The Captain confirmed there's six hours of racing left on his clock.

"Today I announce that this weekend's race – my 204th for Corvette Racing – will be the last of my professional racing career," he said. "As I transition out of the race car, I open a new chapter with the start of the Oliver Gavin Driving Academy based in Boxberg, Germany. I am delighted that my 20-year relationship with Chevrolet and Corvette will continue as we have 12 European-spec Corvette Stingrays on order."

"There's more to come on this over the next few months as we get ready for our launch in October. As with everything, family is the most important thing. Can't thank them enough for their support over the last 30 years and their support as I move forward with this new role."

Gavin, the 1995 British Formula 3 champion who looked to America after his Formula 1 aspirations went unfulfilled, has been the standard bearer for excellence within every team he's graced.

"I've raced for some amazing teams when I look back," he said. "Of course, Corvette Racing has really shaped my career with everything that I've with them. The people I've worked with there ... amazing engineers and a great group of people, the family atmosphere that Gary Pratt brought with Doug Fehan, the program manager for many years. That goes right through the latest generation of drivers I've worked with – the likes of Tommy Milner, my long-time teammate with whom I've had so much success; the likes of Jordan Taylor and course Antonio, my great friend ... also Jan Magnussen, who moved on from the team a year or so ago."

"We had lots of great battles and also lots of great times winning multiple times at the Le Mans 24 Hours together. That most probably is the biggest highlight of my career – standing on the top step of that podium and winning three years in a row with the GT1 Corvette against the great Prodrive Aston Martins and battling those guys. The fifth win at Le Mans also was very special to get with Tommy and Jordan in the C7.R. Those are lots and lots of great memories that I want to hang onto." 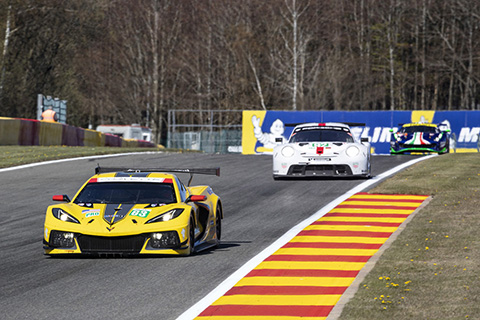 The chance to end by sharing a car with longtime teammate Garcia was an added bonus for Gavin.

The chance to retire in a Corvette while sharing the C8.R with an old friend at one of the world's greatest tracks is close to perfection for Gavin.

"I'm delighted I was given this opportunity. The last race at IMSA was my final full-time race with the team, but I had an inkling something like this was coming. I didn't expect the race here at Spa-Francorchamps would be my final one. It's fantastic that I'm able to race on such a brilliant track on such a great race weekend and in such a great car. It feels me with immense pride to be able to represent Corvette Racing, share the C8.R with Antonio and hopefully finish up with that win Saturday."