In 1960 Briggs Cunningham, a manufacturer and avid racer of cars and yachts, as well as a co-founder of the Sports Car Club of America (SCCA), competed in the 24 Hours of Le Mans with a trio of C1 Corvette race cars built by him and his team.

One of those cars, the one bearing racing number 3, finished eighth overall, taking home a class win in the process. Today it is among the most prized examples of America's sports car.

To celebrate the car and the victory, the folks at Cunningham Automotive in Lewisville, Texas, are modifying 60 examples of the C8 Corvette with a livery matching the C1 racer. Known as the Cunningham 60th Anniversary C8 Corvette, one of the cars will be presented at the 2021 Amelia Island Concours d’ Elegance running May 20-23. It will be offered via a sweepstakes to help raise funds for the Chip Miller Amyloidosis Foundation, with the winner to be picked on October 1.

Customer examples of the Cunningham 60th Anniversary C8 Corvette will start deliveries in the second quarter of 2021. Like the Le Mans-winning C1, the modern car features a white exterior accented with blue stripes.

Interestingly, one of the three original Cunningham Corvettes will be offered up for sale at an RM Sotheby's auction coinciding with the Amelia Island Concours. The car is the long-lost no. 1 car raced by Cunningham himself, together with William Kimberly. They never finished the race and the car shortly after its Le Mans appearance was sold a number of times before going off the radar in the 1970s. It was finally found in 2012 sitting in storage in St. Petersburg, Florida. 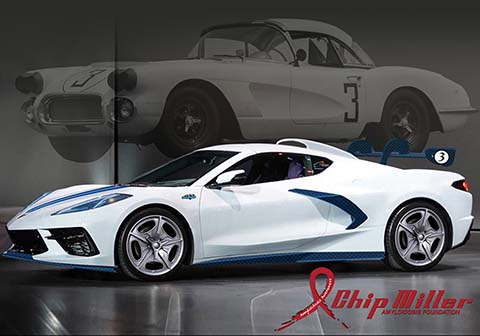 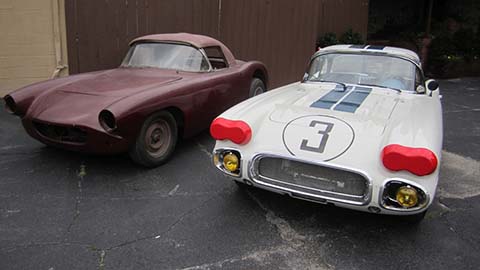 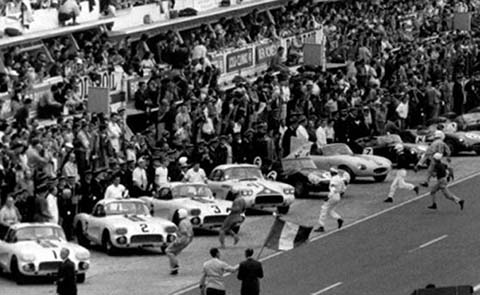