Ever heard a factory 'Vette that sounds like this?

Spies caught this new C8 Chevy Corvette Z06 doing acceleration runs on the North-South Straightaway of GM's proving grounds in Michigan, giving us a great taste of the exhaust wail from its flat-plane-crank V8. We've heard Z06 prototypes on the street before, but this is the first time we've gotten a clip of one performing flat-out acceleration runs in a controlled environment.

If anything, this new V8's character picks up where the standard C8's conventional cross-plane engine leaves off, making the latter sound lazy and flat by comparison. That's no mean feat, as the standard C8 Stingray sounds wonderful in its own right. The racing version of the Z06 engine is already doing work in Corvette Racing's C8.R race cars, which are tuned down to meet series regulations. The road-legal V8 is rumored to boast a 9,000 RPM redline and significantly more horsepower than the approximately 500 produced by the C8.R. The flat-plane crank layout puts it in rare company, alongside the likes of the now-deceased Ford Mustang Shelby GT350, and, yes, some V8-powered Italian sports cars you may be familiar with. 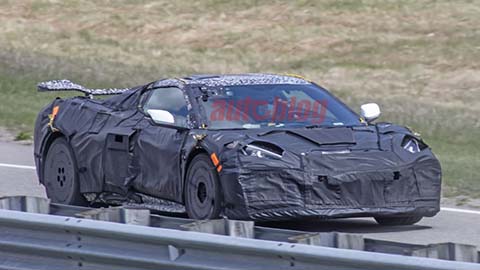 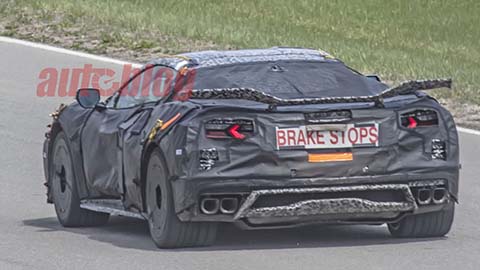 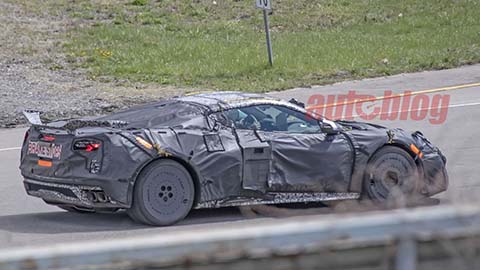 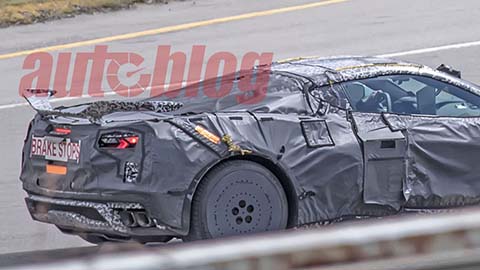 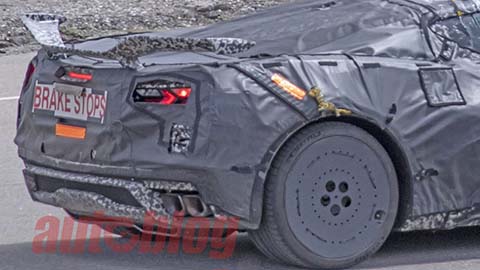 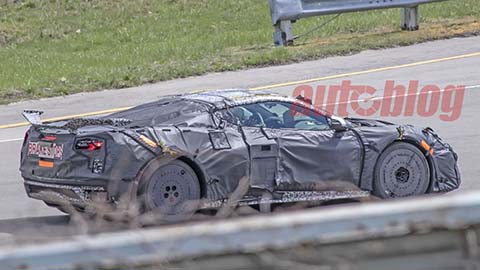 Also spotted doing the rounds on GM's circuit was this prototype that appeared to be fitted for braking and/or aero testing. While no video was provided, we can see that this car has its big wing on full display, unlike the prototype that was captured in motion. It's also worth noting that neither of these prototypes boasts the center-exit exhaust that was rumored to be coming for the Z06. While that exhaust was reportedly engineered to make the flat-plane V8 sound even better, it may have been sidelined in the name of cost (or expediency).