105th Indy 500 to Be Paced by a Convertible Corvette, IMS President Takes a Lap

As per tradition, the 2021 C8 Chevrolet Corvette Convertible was recently announced as the Official Pace Car for the 105th edition of the legendary Indianapolis 500. The big change compared to last year? This time, we're not dealing with a red Coupe but a white Convertible. But that's not all, of course. 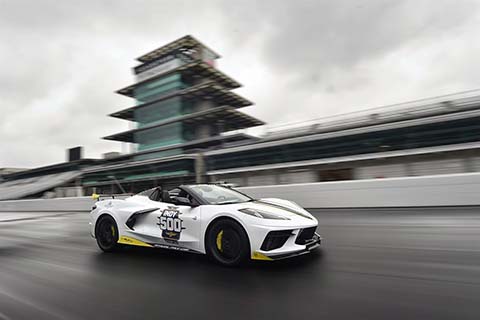 If we remember correctly, this will mark the 18th Indy 500 outing that sees a Chevrolet Corvette lead the pack as the Official Pace Car. It's also the 32nd time that a Chevrolet gets the honor. Interestingly, this is the first race over the past decade when a Convertible assumes the iconic duty.

As far as the Official Pace Car is concerned, we are dealing with a 2021 model year of "America's sports car" dressed up in Arctic White and sprinkled with black and yellow touches for good measure. Naturally, we're dealing with the Z51 Performance Package, while on top of that, we also see details from the 5VM aero kit. Plus, the elusive High Wing makes an appearance as well.

Again, as per tradition, the Corvette sports on the doors the bespoke branding of the 105th Indy 500 race, and moving inside, we see a contrasting mix of black and yellow for good measure. By the way, there's no light bar as the Corvette designers neatly integrated the safety lights into the nacelles, among other places.

The 500-mile (800-km) race has been scheduled for Sunday, May 30, and will be televised live on NBC starting from 11 a.m. ET (with the pre-race show), but as it turns out, Indianapolis Motor Speedway President J. Douglas Boles has decided to give us an advanced taste of things to come with help from none other than Chevy's Pace Car.

Embedded below is an official tweet from the IMS account with Doug Boles "volunteering" to take us all on a (victory-style, judging by the low speed) lap tour of the Indy 500 racetrack. Luckily, that's only the first impression, because although he initially promises to take it easy, we can still barely hear the president claim (at around 1:38) a speed of over 100 mph (160 kph) when the Convertible reaches the long straight. 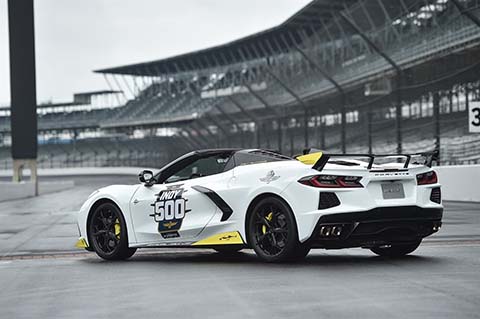 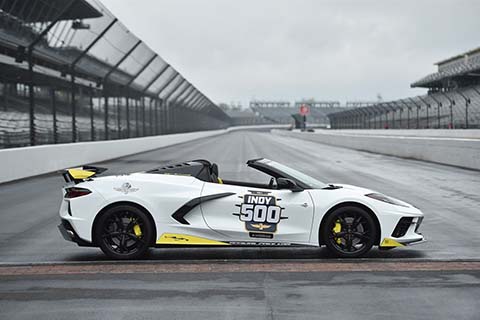 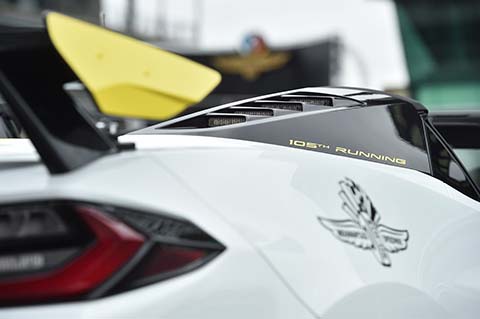 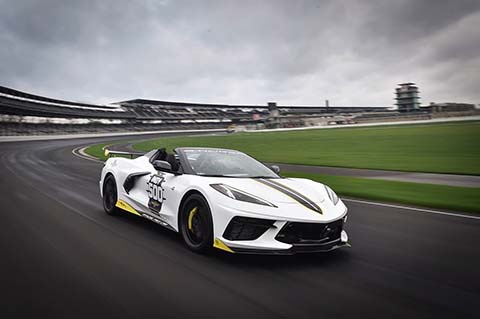 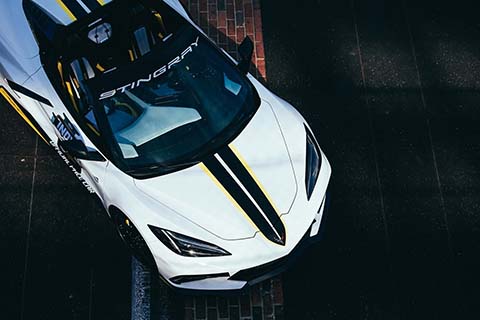 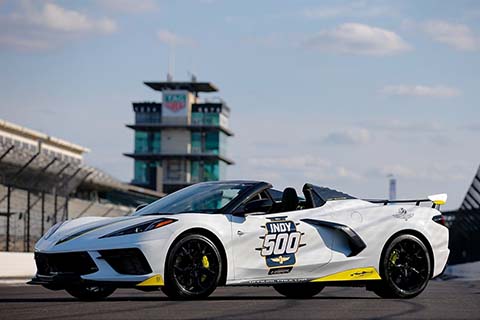 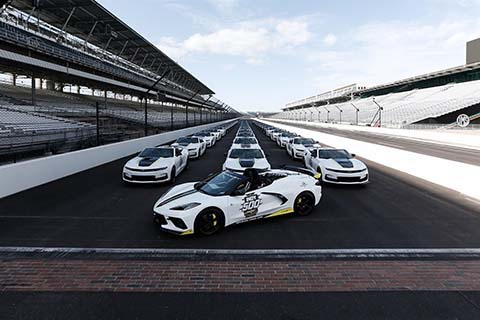