15 Reasons Why You Should Buy The 1967 Chevrolet Corvette

The Corvette has been with us for a long time now, and those old models are more desirable today than they ever were. 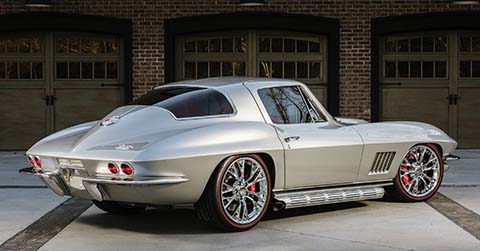 Chevrolet was founded by Louis Chevrolet and William Durant once they partnered after Durant was forced to leave General Motors. Their first car, the Series C Classic Six, could reach 65 mph and sold for what would be $50,000 today.

The company has made many noticeable vehicles that contributed to their success. They built the first SUV to hit the market, the Chevrolet Suburban Carryall. It has the world record for the longest-running SUV line and was introduced in 1933 in order to compete with popular wagons of that time.

The Corvette is almost 70 years old. This car can be approaching retirement age, but it doesn't look like it's going to rest anytime soon. The first Corvette, known as C1, debuted at the auto show in New York City. The event featured singers, dancers, and an orchestra. Here are 15 reasons why you should buy the 1967 Chevrolet Corvette. 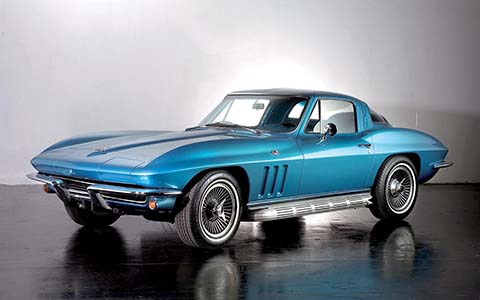 Two big-block turbo-jet engines got weight-saving aluminum cylinder heads mounted on top of a 4-bolt iron block. The crankshaft was made out of 5140 alloy steel and then drilled for maximum hardness and lubrication. With the special performance camshaft and mechanical valve lifters, the engine could reach 435 hp. 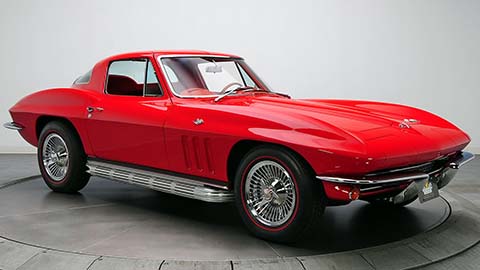 The most notable change to the Corvette's interior was the removal of the passenger hand-hold. This feature had been part of the lineup since 1958. Other than that, the car got minor interior updates. For example, the seats were redesigned and upholstery was revised. The hand brake was relocated to between the seats.

RELATED: 10 Corvettes Chevy Should't Have Made (10 That Are Pretty Awesome) 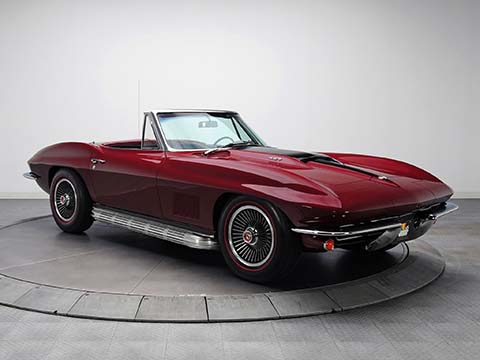 In order to fit the huge engines under the hood, the company had to make the fan smaller and remove emissions control systems. In fact, ordering the car with those engines meant the elimination of power windows and a radio head, as well as the removal of an automatic engine choke. 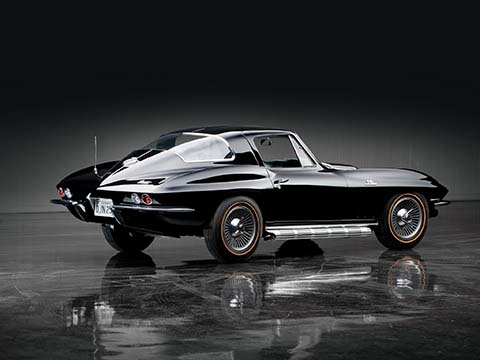 The 1967 Corvette didn't get the then-popular Positive Crankcase Ventilation valve. Instead, it got a road-draft tube that vented the vapors directly into the atmosphere. This was done to fit the impressive engine under the hood. As a little bonus, buyers got heating and cooling controls in the center console of the dashboard.

No Regular Gasoline Could Be Used 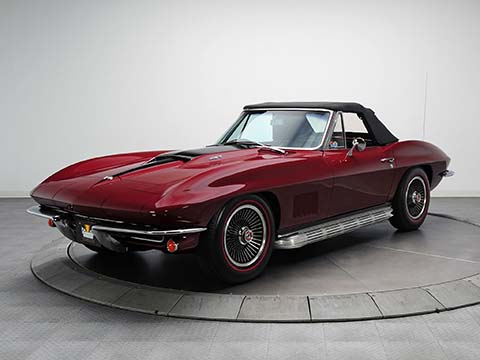 The ultra-high compression ratio forced the company to warn drivers about fuel consumption. When you bought your Corvette, you also got a card that said "this unit operates on Sunoco 260 or equivalent gas. Under no circumstances should regular gasoline be used." The car required fuel with a minimum of 103 research octane. 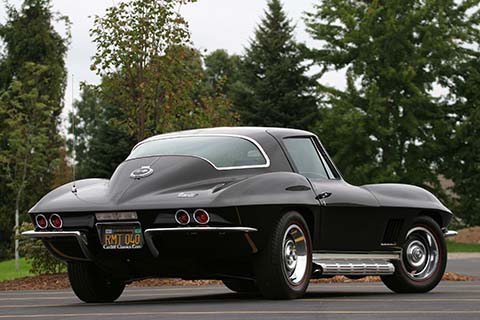 RELATED: 15 Things About The 2020 Chevy Corvette That Make Us Salivate 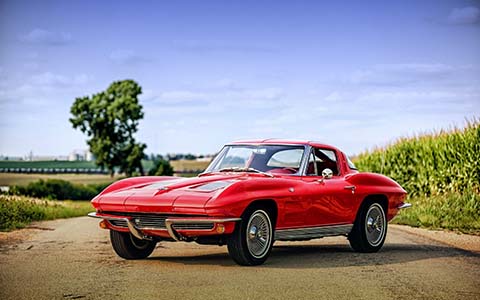 Nowadays, air conditioning is a standard feature in a majority of cars and it's something we have come to expect. However, it was a luxury treat back in the '60s. The system was made of the compressor, condenser, and evaporator. It could successfully provide a cooler environment for you and your passenger. 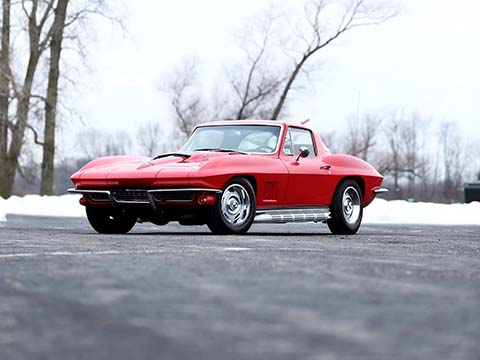 Positraction is a GM trade name that was given to the most luxurious cars in the late '50s and '60s. This term describes the unit that delivers traction control. It's like the old version of the modern limited-slip differential. It could deliver more traction control than a then-popular open differential. 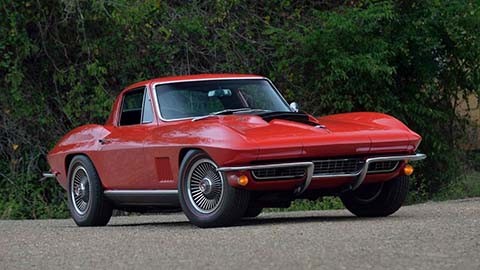 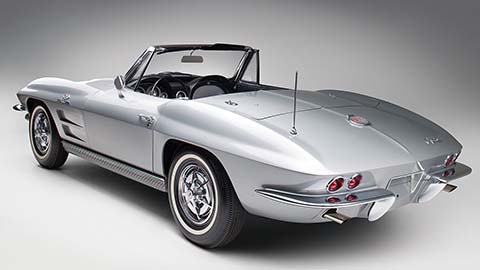 In the '60s, the weakest link between the car's battery and spark plugs was the distribution point. The point featured metal discs that bumped into each other. With the introduction of the Transistor Ignition system, Chevrolet engineers could finally make the link stronger. The system promised increased power, fuel economy and faster starts. 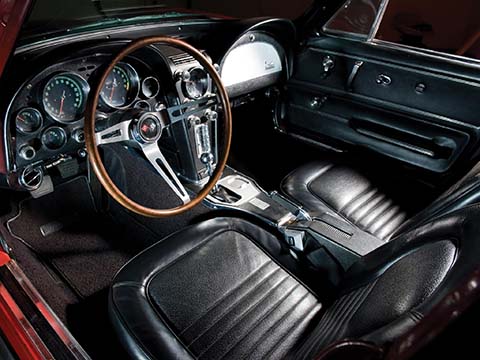 Unlike other cars of that time that used a stalk on the side of the steering column, the 1967 Corvette had a telescopic steering column with an adjustment knob which, when loosened, could move the column both in and out and up and down. Once you achieved the desired position, you could tighten the knob.

RELATED: 15 Things You Did't Know About The 2020 Chevrolet Corvette Stingray 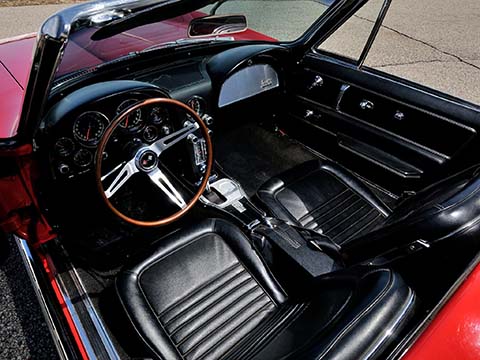 Power steering is what helps you turn the wheel easier. Besides, the system enhances the feel for the driver. The long rack is attached to steering spindles by rods. When you turn the steering wheel, the pinion rotates and moves the rack back and forth. This motion forces the wheels to turn right or left. 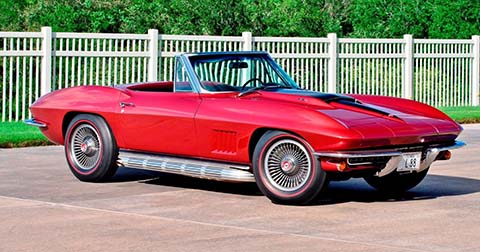 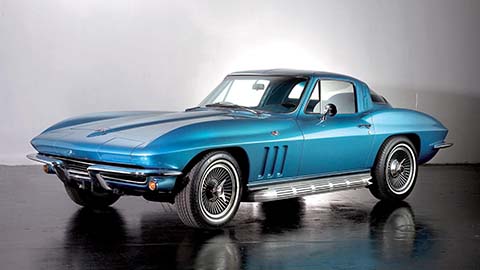 In the past, vehicles got drum brakes on four wheels. Later, disc brakes were used for the front and drum breaks for the rear. However, discs showed "better heat dissipation and greater resistance to 'fading' and are therefore generally safer than drum brakes." That's why 4 wheel hydraulic disc brakes were chosen for the Corvette. 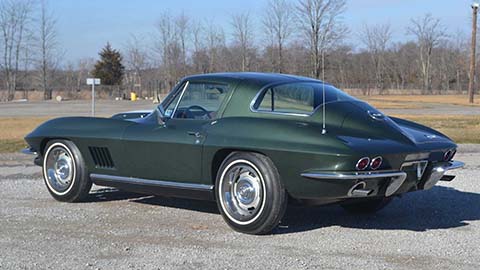 Air Injection Reactor was a system introduced in 1966, so lucky 1967 Chevrolet Corvette owners were amongst the first to try it. The AIR system injected compressed air into the exhaust system. This air helped exhaust gases to keep burning. In order to do this, the system employed special valves, tubes, and hoses.