Here's What We Love About the 1997 Chevrolet Corvette

This ride was a two-door coupe that made its debut 44 years after the Corvette lineup was first unveiled. 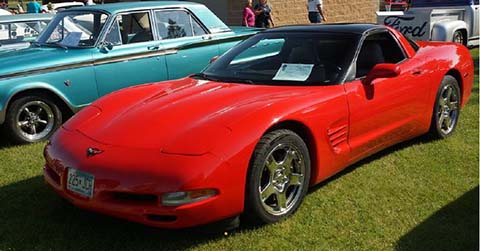 1953 saw Chevrolet introduce the world to its latest creation, the Chevrolet Corvette. The Corvette, otherwise known as the Vette, is a beautiful two-door two-passenger American sports car. This sports car has been in production for the past sixty years and is currently in its eighth generation.

Since it debuted in 1953, all Corvettes until 2019 featured front engines. It was after 2019 when Chevrolet opted for mid-engine layouts for the Corvette. There is no doubt that the Corvette is one of the most popular American cars. Among the many reasons that many people love the Corvette is the unmatched body style it features, the proper handling, and the beautifully crafted interior.

While all Corvettes have a special place in every enthusiast's heart, there are some that are more memorable than others. One such example is the 1997 Chevrolet Corvette. This ride was the first in the fifth-generation Corvette lineup, which is also known as the C5 generation.

The C5 Corvette featured a number of redesigns that saw the sales number of the Corvette increase significantly. The designs and crafting of the C5 started in 1996, but it was not until 1997 when the first C5 rolled off the production line. The delay was caused by several mishaps during manufacturing and engineering. The new redesign went on to inspire future Corvettes. Narrowing down what we love about the 1997 Chevrolet Corvette is no easy task, but we've done it. 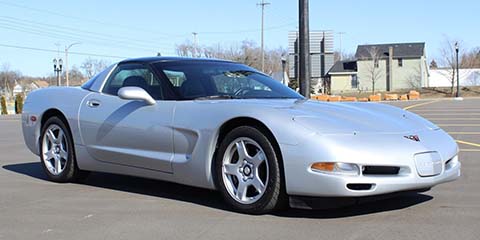 Via Bring a Trailer

The 1997 Chevrolet Corvette was a two-door coupe that made its debut 44 years after the Corvette lineup was first unveiled. And 24 years later, we are still in awe at what this ride was and remains to be. If you have never heard of or read about the fifth-generation Corvette, it's easy to think of it as another used car.

However, if you have, then you understand how significant and iconic the 1997 Chevrolet Corvette was, especially when it comes to what we now know as the Corvette. The 1997 Corvette was the first in the C5 lineup; it featured a whole new facelift that was long overdue.

This facelift alone saw it boost Corvette sales. Further, the redesign saw it used as a template for all the future Corvette builds. Its frame was made of hydro-formed steel, which made it lighter than its predecessors. It also featured a new and improved rear transaxle that distributed its weight evenly.

The 1997 Corvette was wider, which meant that less of the car was extending beyond the axles, the front, and the aft. This also helped a lot when it came to proper weight distribution. The 1997 Corvette was available in seven beautiful colors, namely, Arctic White, Sebring Silver Metallic, Nassau Blue Metallic, Black, Light Carmine Red Metallic, Torch Red, and Fairway Green Metallic.

What We Love: The Powertrain 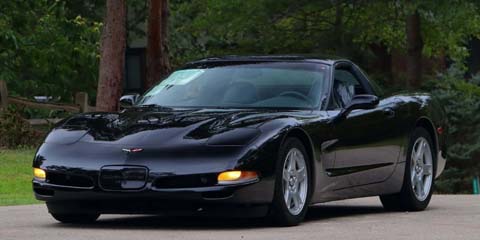 Under the hood of the 1997 Chevrolet Corvette was one of the most iconic engines ever made. Chevrolet fit this ride with an all-new, all-aluminum LS1 V8. This engine saw Chevy live up to the small block engine legacy that had proven one of the hardest to live up to.

This new engine demonstrated Chevy's prowess when it came to balancing the horsepower, torque, fuel efficiency, durability, and reliability in terms of the engine. This new engine was made of cast aluminum that was used as the block material. The same cast aluminum was used as the cylinder head material. The intake manifold of this engine was composite; the exhaust manifold was an insulated dual wall stainless steel.

The valve train on this engine was an OHV valve train with 2 valves per cylinder. The main bearing caps used in this engine were made of powdered metal. Chevy made the crankshaft with cast iron that had undercut and rolled fillets. The camshaft was made of hollow steel, and powered metal was used to make the connecting rods.

To many people, this is where the numbers game stops. And we agree, the power output capacity and the engine build not only added to the 1997 Chevrolet Corvette's stamina but to its reputation as well.