The 1972 mid-engine Corvette XP-895 was one of a line of experimental prototypes as part of the Chevrolet Engineering Research Vehicle (CERV) program where GM engineers tested various engine placements and chassis layouts – and most often a mid-engine setup. We've captured some exclusive shots of the XP-895 at an outdoor auto show to feast your eyes on. 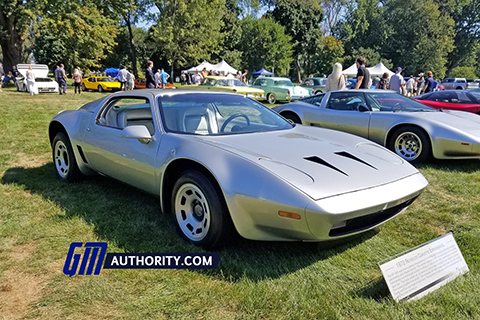 Like others, it was a precursor to the C8 Corvette Stingray launched in 2019 for the 2020 model year as the first-ever production mid-engine version of America's sports car.

Zora Arkus-Duntov was a Chevy staff engineer, designer, and race car driver who started development of the CERV I in 1959, which was unveiled to the public at the Riverside International Raceway in November 1960 as GM's first mid-engine example. While Harley Earl designed the Corvette and has been called the "Father of the Corvette," that title is most often attributed to Duntov.

Duntov described the CERV I as "a design without limit," saying that it was an "admirable tool" to describe what Chevy should apply to the Corvette. The design was equipped with no less than seven different engine combinations, with the original being a Chevy small block V8 Duntov had helped to develop alongside Chevrolet chief engineer Ed Cole. 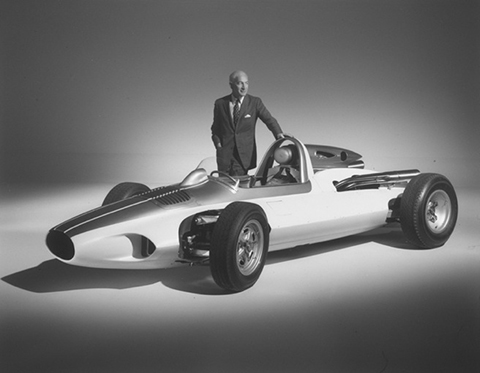 About a decade later, the 1971 Corvette XP-882 was the prototype that nearly ushered in our mid-engine dreams. It looked production-ready, but was nothing more than a concept. Its design was an evolution of the C3 Corvette body, with the cab moved forward to accommodate the engine being moved behind the driver, which resulted in a more rounded profile. 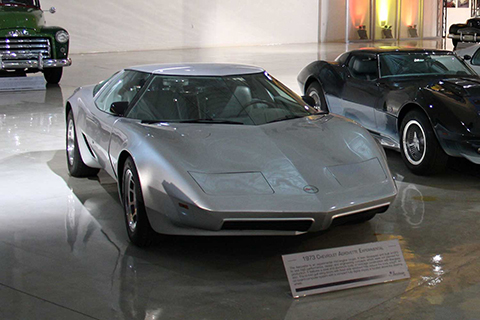 In 1972, development work resumed on the XP-882, labeled the XP-895. Unexpectedly, the small block V8 was replaced with a transverse-mounted four-rotor Wankel engine created from combining a pair of prototype two-rotor engines that had been developed for the Chevy Vega. That 420-horsepower four-rotor Wankel went the way of the Vega's, being axed due to soaring fuel prices. However, a 400 cubic-inch or 6.6L V8 was selected to replace it. The car received the green light for production under the "Aerovette" name, but powered by a 350 cubic-inch or 5.7L V8 instead, and mated to a Turbo Hydramatic transmission via a bevel gearbox. 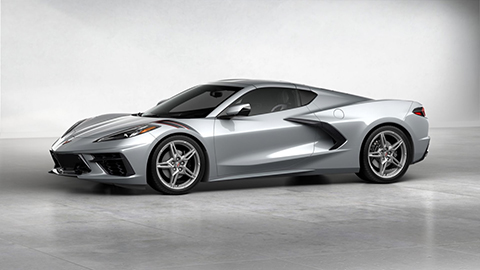 Two prototypes of the XP-895 were built, one with a steel body and one with aluminum which shaved 400-500 pounds off the curb weight. The latter became known as the "Reynolds Aluminum Corvette" as the result of a joint venture between GM and Reynolds Aluminum to demonstrate the practicality of using this lightweight metal for car bodies. Both were finished in basic silver like the Aerovette.

But as before, the relatively high cost of production and small perceived benefit to performance, along with historically poor sales of imported rear mid-engine cars in the U.S., led GM to cancel the XP-895.

The XP-895 Reynolds Aluminum Corvette resides today in the GM Heritage Center. Let's take a close-up look at this one and see how it compares to Vettes of the past and the current C8 Corvette. 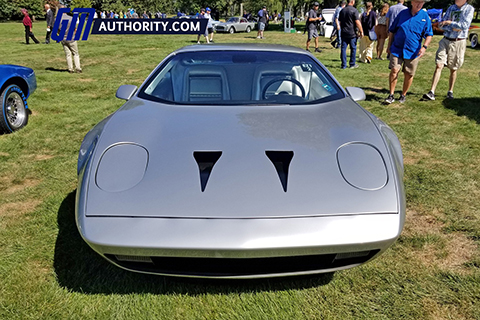 Overall, the design of the XP-895 is less angular of the XP-882 and is somewhat of a cross between the C3 and C4 Corvettes. The front has hidden round headlights, unlike any Corvette before or since. Between the headlights are two NACA ducts, and below is a "grille" opening with fog lights on either side. The front-end design is similar to that of the Opel GT. 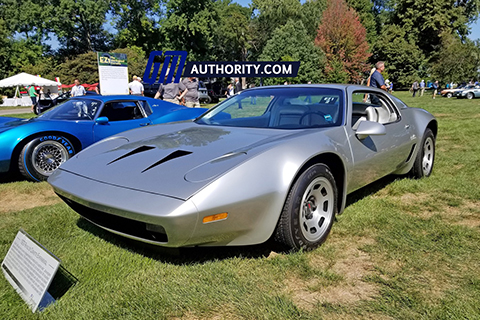 Looking at the side of the XP-895, the alloy rims also seem Corvette-esque and are housed within flared wheel wells. In front of the rear wheels are ducts, presumably to cool the brakes. The side window dips into the door. The profile is low and long, with some influences from the Ferrari 365 GT4 BB and DeTomaso Pantera GTS. That latter reference is not surprising since Ford had announced plans to sell the Pantera through Lincoln-Mercury dealers, prompting John DeLorean, Chevrolet's general manager at the time, to restart work on the very XP-882 program he had initially cancelled due to its cost and perceived impracticality. 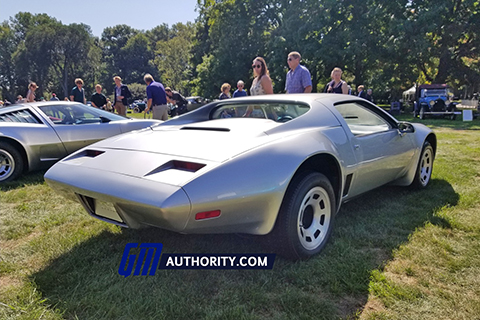 Out back, the design of the XP-895 is a nod to the C3 Corvette, especially the B-pillar treatment that sweeps back on the trunk area with a vertical rear window the prototype is a mid-engine car. The engine compartment simply has a cover over it without showcasing the powerplant like other concepts and the current C8 Corvette. And the taillights are simply two slits, showing a simple design having no connection to the telltale four taillights of every other Corvette. 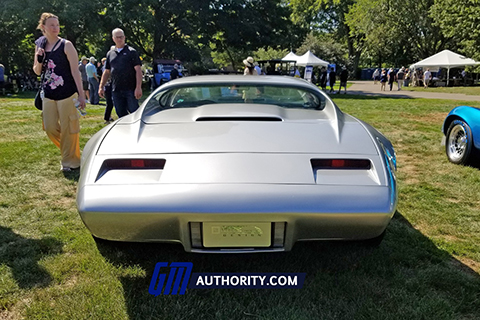 Overall, the car has smooth lines revealing hints of a Corvette, but not enough to show its heritage. If you didn't know it was a Corvette, its generic design would keep you wondering.