The Story Of The One And Only 1983 Corvette

With only one example remaining, this truly is the rarest Corvette on earth! 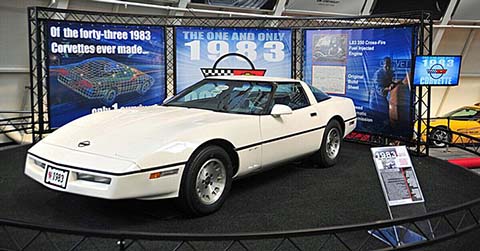 The fourth-generation Corvette, also known as the C4, lasted for twelve model years, from 1984 to 1996. While the C4 Corvette won't go down in history as the fastest or most popular Corvette in history, it moved the Corvette forward from the old rattly C3 muscle car, to a car that started to compete with offerings from Ferrari and Lamborghini like we see with the C8 Corvette today.

While the C4 was slated for an early 80's debut, the car was eventually pushed for a 1983 model year release, with multiple pre-production cars built, but at the last minute, the car was pulled from the production line, something that is unheard of today.

Though the 1983 Corvette was canceled, 61 cars were produced. Of these 61 cars, all were crushed other than one example. This is the story of the only 1983 Corvette. 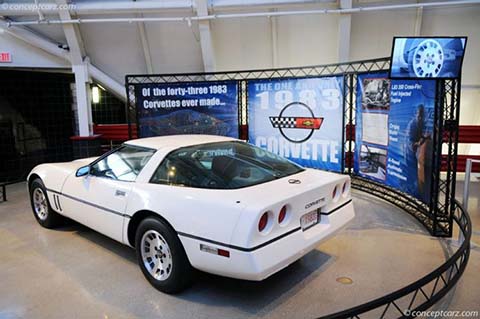 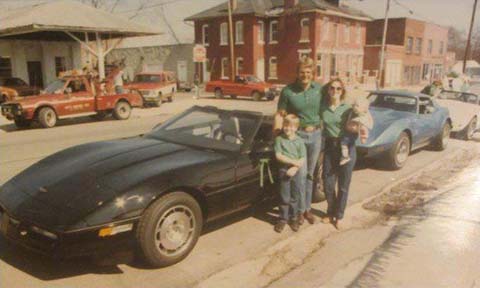 When GM ordered that all 43 1983 C4 Corvettes were to be crushed, it was decided for convenience-sake that all of the cars would be crushed in Bowling Green, Kentucky, where they were produced.

In June of 1982, Ralph Montileone, a worker at the plant, was assigned to use a mobile crusher to get rid of the 43 1983 Corvettes that had been built. All of the cars were destroyed, one by one, until Montileone got to the last car, number 23. Out of nowhere, it started to downpour over Bowling Green, and Montileone decided to save the final crushed car until the next day.

Ralph Montileone had just bought some expensive boots and didn't want to ruin them in the inches of rain that started flooding the parking lot, so the car was left untouched. As Montileone arrived at the plant the following day, the mobile crusher was gone. This crusher was a rental, and during the night the rental company came and took the crusher away, leaving number 23 as the lone surviving car.

Years Of Hiding After Facing The Crusher 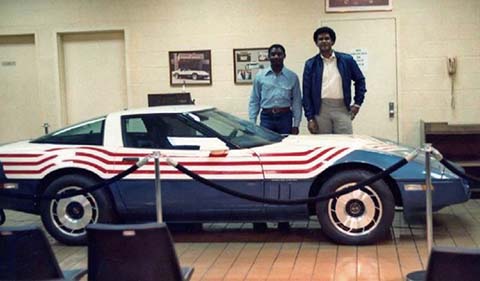 While the one and only surviving 1983 Corvette faced the crusher and lived, the story did not end there. After the crusher was taken off the plant property, the 1983 was driven to a back lot of the plant and parked indefinitely at the time.

After GM missed the 1983 model year, to this day, the only year without a Corvette, things were tough and emotions were high among the company, people had other things to worry about other than this car that missed the crusher. Not only did the 1984 car have to be better than the 1983, but it also had even stricter emissions and safety requirements that they had to meet.

After the C4 got its footing and started to sell well into its first few years, a plant manager noticed the lone white Corvette sitting in the back of the parking lot and found out that it was a 1983 model, although all records indicated that they were all crushed.

It was decided that this car would be brought into the front lobby of the Corvette plant after a fresh paint job, and it would be on display as the only surviving 1983 Corvette.

Officially Saved From The Crusher 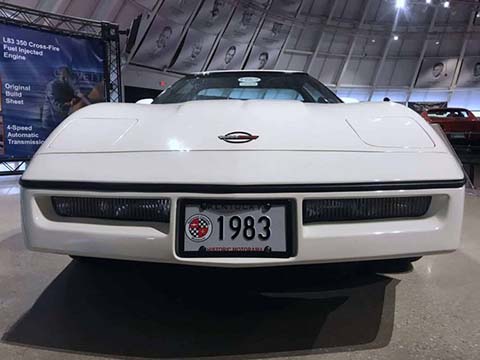 After years and years of hiding in plain sight as a showpiece of the lobby of the Corvette plant in Bowling Green, Kentucky, the 1983 Corvette was officially repainted its original all-white color to keep the car as it was when it came off the line.

Finally, the GM executives in Detroit sent the team at Corvette a relieving message that they would be able to keep the car, not only to act as the only remaining Corvette in a year without a Corvette but also to act as a piece of history to educate visitors about the history of the plant.

A few years later, the National Corvette Museum was officially opened, and the only 1983 Corvette was sent across the street to the museum to be displayed, where it sits today. 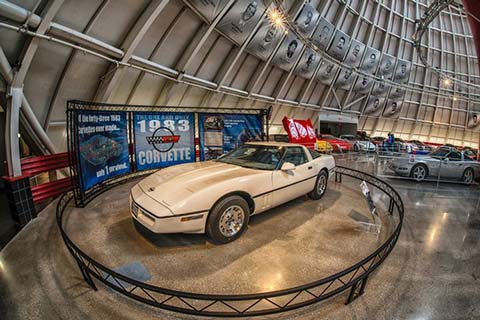 The 1983 Corvette still sits in the National Corvette Museum today, where it has its original body panels, colors, and it even runs and drives. Over a quarter of a million people visit the museum every year to see this piece of automotive history, the car that survived its destruction for years thanks to a little luck and some love from the team at Corvette.