The second-generation Chevrolet Corvette is one of the most desirable iterations of the iconic nameplate. And it's not just for the aggressive, Mako shark-inspired design and powerful V8 engines. The C2 Corvette is also the only one that featured a split rear window.

This now-desirable element was part of the C2 Corvette's design from the very beginning. But the feature was short-lived. Not only it was disliked by Zora-Arkus Duntov, but the split window also raised safety concerns due to reduced rearward visibility. As a result, it was discontinued in 1964.

This decision left 1963 as the only model year for the split-window Corvette. And with only 10,594 coupes built that year, it's a fairly rare car. The first-year status and the unique rear window enable the 1963 Corvette to cost more than $100,000 when in Excellent condition, but certain features and options can up the price into $150,000 to $200,000 territory.

But there is at least one 1963 Corvette that could cost more than $500,000. I'm talking about the final 1963 Corvette coupe, which is also the last split-window 'Vette ever produced. This car just showed up in Horsepower Warehouse's garage and it appears to be in excellent condition. What's more, it seems that the sports car is being prepared to go under the hammer.

The guys at Horsepower Warehouse, known for having some of the finest C2 Corvettes out there, didn't provide too many details but revealed that they've been contacted by Mecum Auctions to provide a pair of high-end Corvettes. This Saddle Tan split-window car is one of them and it will probably become one of the most expensive C2 Corvettes ever auctioned.

Horsepower Warehouse evaluates the car at $500,000, but there's a good chance it will go for more than that. I remember that the final C2-gen Corvette, a 1967 example, changed hands for $675,000, so the final split-window car should change hands for more than that. However, it might not hit the $1-million mark, a status usually reserved for L88-powered Corvettes. 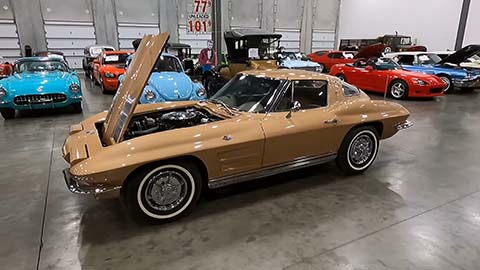 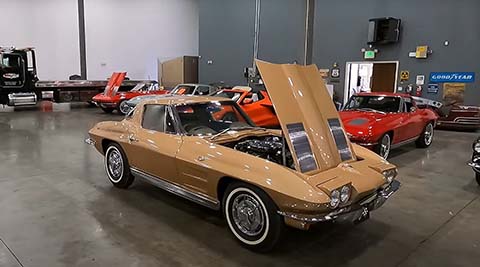 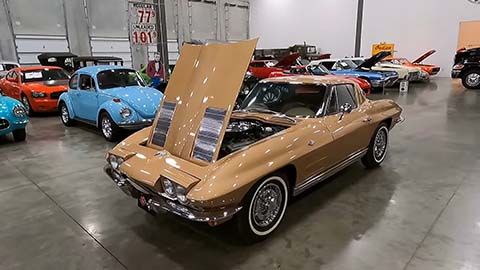 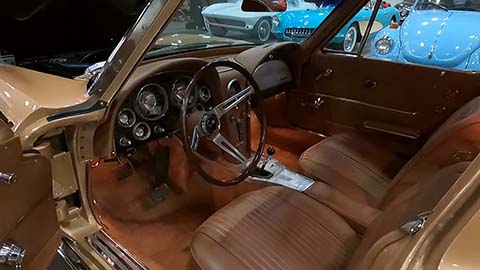 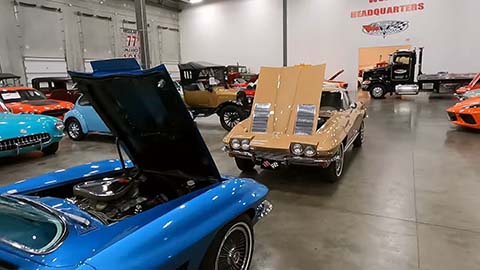