'Once in a Lifetime' Corvette Offering Featured at Mecum's Florida Auction 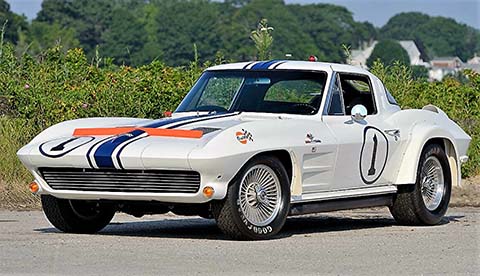 Among the more than 200 examples of Chevrolet Corvette crossing the block during Mecum's huge collector car auction in Kissimmee, Florida, on January 6 through 16, eight of them are special enough to be earmarked collectively as "A Once in a Lifetime Offering of Corvettes."

They come from various consigners and collections, but Mecum has turned the spotlight on these Corvettes as a group because of the historical qualities that set each one apart in significance and value. 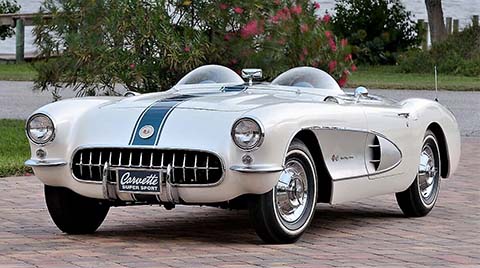 The most prestigious of them is a competition legend, the 1963 Corvette Z06 "Gulf One" that is the most-successful factory-backed production racing Corvette of the C2 era, and one of only 14 regular-production Corvettes assigned specifically for competition. 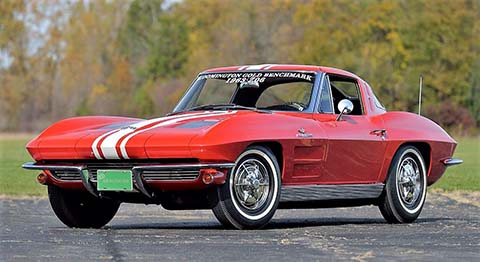 Two more 1963 Corvettes also are acclaimed C2 examples, including a highly original Z06 Split Window coupe that received Bloomington Gold Benchmark and Bloomington Gold and Survivor awards in 2013. The coupe is unrestored with original paint, glass, interior and drivetrain, shows just 39,000 actual miles and was with its original owner for 43 years.

The other is a Z06/No3 coupe, one of 63 with the No3 36-gallon fuel tank and with its numbers-matching 327/360 horsepower engine. It is the recipient of Bloomington Gold Certification and an NCRS Top Flight Award. 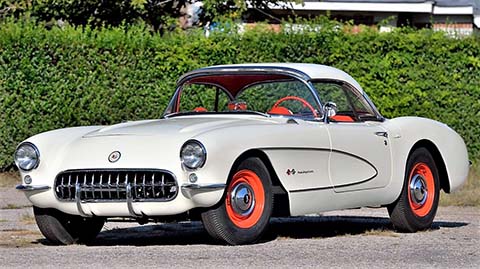 A pair of 1957 Corvette roadsters also are due attention. One is the Chevrolet Super Sport Show Car that debuted in New York in January 1957 to introduce Rochester fuel injection. The other is a "Big Brake Airbox" example, one of 44 produced and which raced in SCCA events from 1957 to 1959. 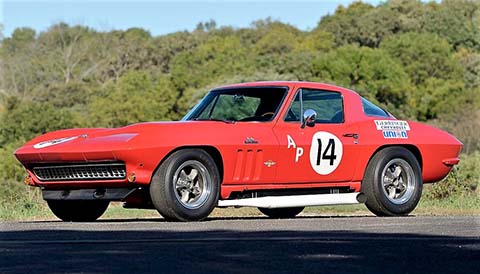 A 1966 Corvette Pilot Line L88 was the Pedro Rodriguez/NART development car and the first-know purpose-built Corvette factory race car resulting from a collaboration between GM's Zora Arkus-Duntov and Luigi Chinetti of NART. Among its outings was at the 1966 12 Hours of Sebring as field-test car for its aluminum cylinder heads. 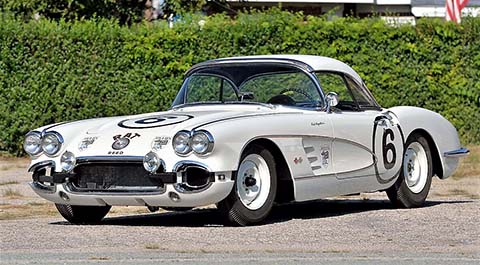 Another famous racer is the 1960 Corvette "Race Rat" Tanker, one of just 10 with the 24-gallon fuel-tank option, and which was the GT14 class winner and placed 16th overall at the 12 Hours of Sebring in 1960. 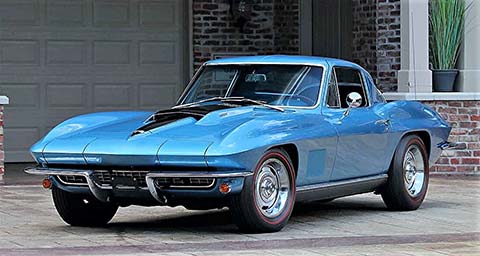 The eighth wonder is a 1967 Corvette 427/435-horsepower coupe known as the "Vault Find" because it remains in original, unrestored condition and shows just 8,533 miles on its odometer. The coupe, owned by one family from new until 2017, retains its original window sticker, car shipper report, Protect-O-Plate, original radio tag, owner's manual and extensive, handwritten maintenance logs.

Mecum's Kissimmee auction at Osceola Heritage Park will feature an estimated 3,500 vehicles as well as daily Road Art automobilia offerings, and it marks the beginning of a multiyear partnership between Mecum and MotorTrend Group, which will feature Mecum's debut on MotorTrend+ and MotorTrend TV.