Chevrolet's C4 Corvette sports car made significant progress with engine and power development during an oil crisis period. Here's everything to know. 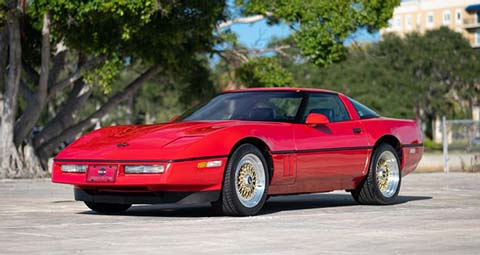 Corvette specialists tend to view the C4 era with less enthusiasm than they do other generations, but the cars produced from 1984 to 1996 deserve more appreciation. Collectors recognize the classic Corvettes of the '50s through the early '70s (C1-C3) as the high-dollar models better kept in the garage to maintain their value. The C5 Corvette (1997 and 2004) brought advances in performance, ergonomic innovations, and build quality improvements, while the C6 Vette (2005 to 2013) made inroads into the exclusive world of European racing, most notable the 24 Hours of Le Mans.

Chevrolet reintroduced the Stingray name for the C7 Corvette (2014 until 2019), which featured a more muscular appearance than previous models and most notably was the last front-engine Corvette.

And most recently, the C8 (2020 to present) excited the automobile industry with its new European supercar style, 490 horsepower V8 engine mounted behind the cockpit giving it exceptional handling and, perhaps best of all, its remarkable price. 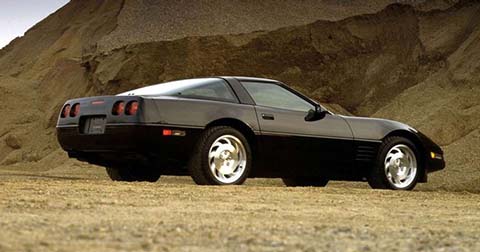 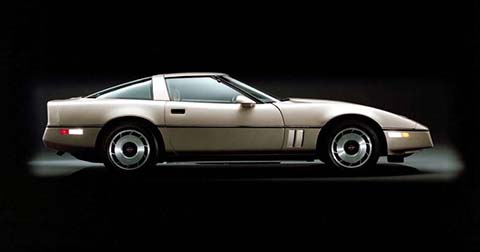 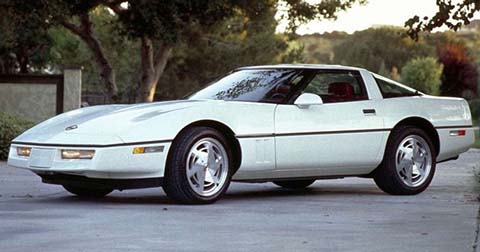 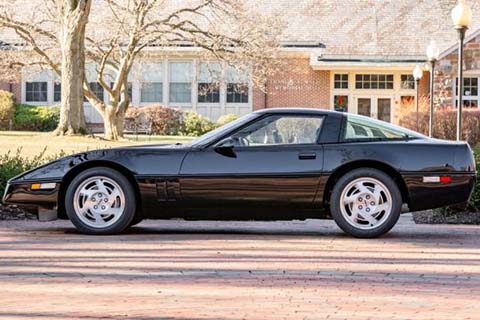 Beginning with the L83 350 cubic inch V8 rated at 205 horsepower in 1984, the Corvette engines advanced but at a modest rate during the C4 generation.

However, two engines stand out as the most significant contributors to the Corvette mystique during the C4 generation.

When GM introduced the L98 for the Corvette line in 1985 after a prolonged 1973 global oil crisis burdened with ever-stifling emissions obligations, it marked the beginning of a power and performance resurgence.

GM abandoned the Cross-Fire injection engines of 1984+ and designed the L98 with a new Tuned-Port Injection system and .5 psi more in compression. The change resulted in a bump in power output of 25 hp and yielded a 40 lb-ft increase in torque.

Chevrolet introduced the LT5 engine as the new engine for the 1990-1992 Corvette ZR-1. The Lotus Engineering-designed 350 cubic-inch powerplant featured a double overhead cam and aluminum heads producing 375 horsepower and 370 lb-ft of torque.

By 1993, cam-timing changes, improvements to ZR-1 engine porting, the addition of 4-bolt main bearing caps and an exhaust gas re-circulation system had increased the power to 405 horsepower and 385 lb-ft of torque.

Initially, Chevrolet sent power to the rear wheels of all C4 Corvette models with the same four-speed automatic transmission first introduced in 1982. From 1984 to 1988, Chevrolet offered the Corvette with the awkward Doug Nash "4+3" transmission, a 4-speed manual with an automatic overdrive on the top three gears.

The unique configuration allowed the Corvette to keep a stout 4-speed but enabled the higher geared overdrive. As technology progressed, GM replaced the 4-speed with a modern ZF 6-speed manual transmission.

Prior to the C4, the automobile community criticized Corvette for its inferior structural rigidity resulting in excessive body flex and poor handling characteristics.

General Motors was so confident in the C4 the company claimed the sports car could out-corner any European sports car. Indeed, the Corvette generated 0.95g through the turns while the Porsche 928 failed to hit 0.9g.

GM had resolved the Corvette handling problem early in the C4 generation, but it needed a power boost to improve all-around performance.

When Chevrolet introduced the ZR-1 with the LT5 powerplant generating 375 horsepower, it blew away the competition. Journalists penned the Corvette the "King of the Hill," and some claimed it the most significant "Vette" in history. The new Corvette accelerated to 60 mph in a blistering 4.5 seconds and reached 100 mph in a mere 10.4 seconds on its way to a ludicrous top speed of 175 mph.

GM had built the complete package with the Corvette C4 ZR-1. Road & Track claimed the 3,680 lb. super 'Vette's" acceleration, cornering, and stopping performance could embarrass even the most exotic European sports cars of the time like the Lamborghini Countach and Ferrari Testarossa. 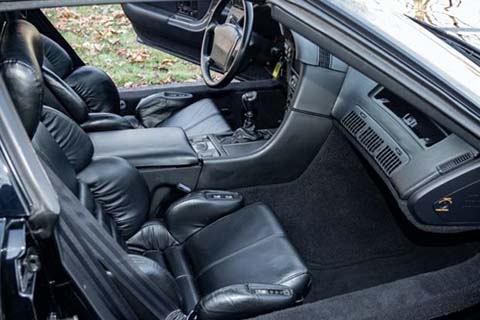 The C4 Corvette's center console houses the heating and air conditioning system and the controls for the Delco AM/FM-stereo radio. GM positioned the instrumentation, including graphic analog and digital displays of road and engine speeds, directly in front of the driver.

Perhaps the most advanced feature of the Corvette's interior is the adjustable electric seats. While even the earliest Corvette models featured bucket seats, the C4 models were the first to offer reclining seats. 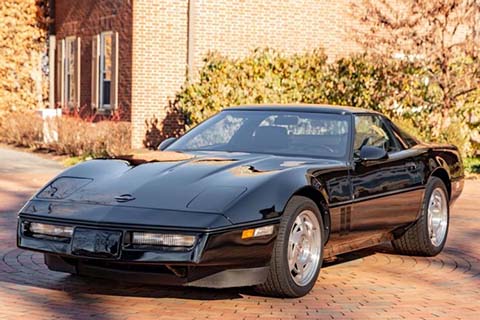 Corvette enthusiasts still view the C4 generation as less desirable to collect than any other generation. As a result, prices are a bargain, and some models in average condition fetch just a few thousand dollars.

However, the ZR-1 that sold for $66,278 by its last year in 1995 is the ultimate prize of the C4 generation, making its resale price higher but less than one might expect.