This well-maintained piece of American performance has a 375-hp V-8 and just 1300 miles. 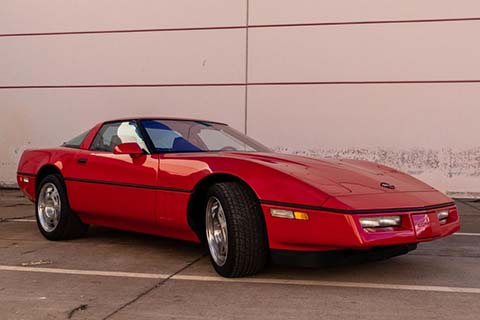 Corvette fans are a nostalgic lot, and today's Auction Find of the Day on the Bring a Trailer auction site – which, like Car and Driver, is part of Hearst Autos – surely will bring back memories: a 1990 Chevy Corvette ZR-1 with a mere 1300 miles on its odometer. While we await our turn to slip behind the wheel of the latest super Vette, the 2023 C8 Z06, we can't help reminiscing about the hot-rodded fourth-generation model that vaulted America's sports car into the modern high-performance realm. 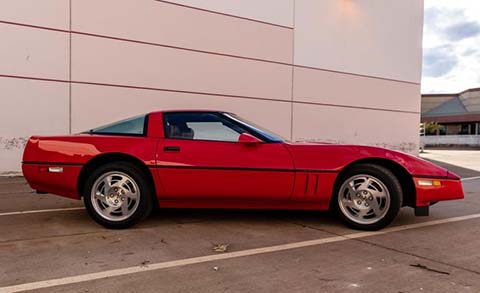 As with just about any 30-year-old sports car, the fourth-gen ZR-1 was limited by the technology of its day. Its aluminum-construction, 32-valve 5.7-liter LT5 V-8 – co-developed with Lotus and built by Mercury Marine in Oklahoma – produced only 375 horsepower at first (later versions received a bump to 405). Mated to a six-speed manual transmission, the car's resulting 4.5-second run to 60 mph would see the ZR-1 get smoked by some of today's pickup trucks in a drag race. 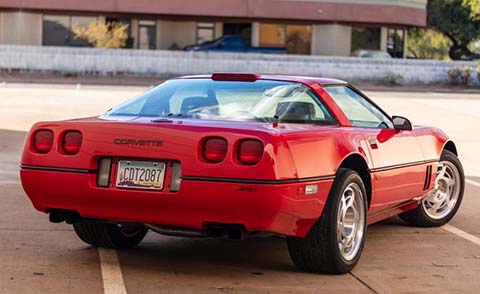 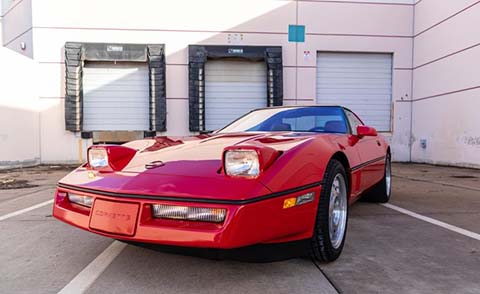 Despite the handling precision brought in part by its FX3 suspension setup and adaptive dampers, the grip from its 17-inch Goodyears amounted to only 0.89 g and made for a 170-foot stop from 70 mph – hardly worldbeating by modern standards. But those were heady stats back in the ZR-1's era, and they were accompanied by an impressive degree of sophistication on the road. A base price of less than $60,000 in 1990 also made it massively cheaper to own than a Porsche 911 Turbo, which the ZR-1 managed to beat in our 1991 comparison test. As of this writing, bids have reached $25,000 with six days left in the auction.

Although it takes a keen eye to spot the C4 ZR-1's discreet badges, widened rear fenders, and big 315-section-width rear tires, the C4 Corvette's smooth, long-hood proportions have aged surprisingly well. The finishes inside the cabin didn't impress even back in the '90s, but comfort is good and the huge side sills and digital dash make it an effective time capsule. And don't forget the pop-up headlights. 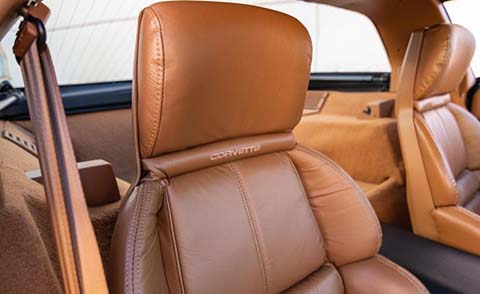 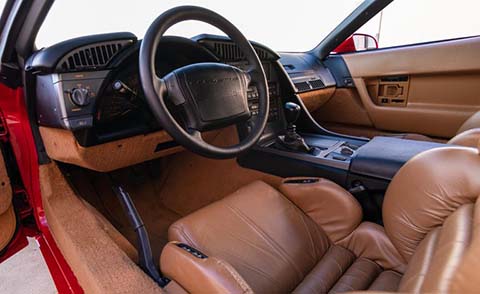 This particular Bright Red example with tan leather was originally sold in California and has an accident-free Carfax report and a clean Arizona title. Bring a Trailer's bidding page indicates that a recent service included fluid changes plus the replacement of the alternator, thermostat, water pump, fuel sending unit, fuel pumps, and spark plugs. It also includes the video clip below.

"The ZR-1 makes every previous Corvette seem antediluvian," we wrote in our 1990 road test. "Driving the ZR-1 reminds you that it is possible to create a car that is bewilderingly fast but that maintains an air of civilization about it." We can say much the same about every hot-rod Corvette since, including two subsequent ZR1 iterations that built on the C4 model's legacy.