The revolutionary Corvette came close to becoming a production reality. Instead, the concept is largely forgotten today. 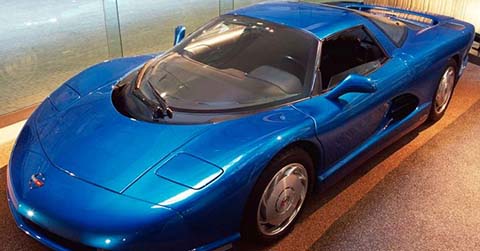 Chevrolet's Corvette has been a part of our lives for more than 65 years. Along the route, Chevy created a slew of "conceptual" iterations. In the 1950s and 1960s, several Corvette ideas fell into the latter category. After showcasing at auto shows, the majority of them were eventually scrapped, others were rebuilt, and we did not see or speak of many again. The 1990 CERV III, as a cutting-edge engineering experiment, came the closest to becoming a production reality of all the mid-engine Corvette prototypes.

The third Chevrolet Engineering Research Vehicle was a development of the 1986 Corvette Indy. And while they designed it to be GM's showstopper for the 1990 Detroit auto show, countless of its features hinted at the prospect of a manufacturing car. The goal was to exhibit Chevrolet's design department as well as Lotus' advanced racing knowledge.

The CERV III: The Corvette Concept That Almost Went To Production

Chevrolet's CERV III idea was one of its most intriguing. It was also the first Corvette concept car to be a highly functional with high-tech electronic. Where C stood for "Corporate" rather than "Corvette Engineering Research Vehicle." They created the operational Indy prototypes and the CERV III at the same time. Jerry Palmer was in charge of the design, while Dick Balsley oversaw engineering.

The CERV III had scissors doors and the body of Kevlar. It also had an integrated navigation system, which was unusual in the 1990s. They used carbon fiber everywhere possible because Lotus, a British race car manufacturer, developed this automobile. Also, for reinforcing, honeycomb aluminum was widely employed. They even used Titanium to create the suspension.

The engine of the CERV III was as intriguing as the body design. Chevrolet's engineers were having a bit of a field day with this one, and they decided it would be fun to build a mid-engine Corvette. The 5.7-liter twin-turbo V8 tuned by Lotus could sprint to 60 mph in just over 4 seconds. And had a potential top speed of almost 220 mph with 650 horsepower and 655 pound-feet of torque with an 8.5:1 compression ratio.

So What Happened To The CERV III Concept? 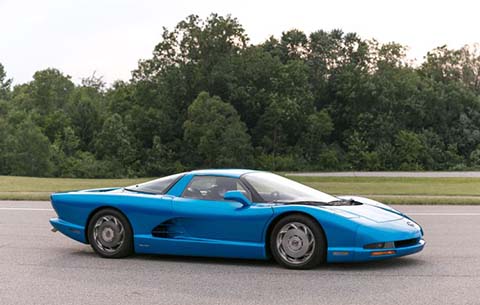 Eventually, photos of masked prototypes on test tracks circulated, but the automobile seemed to be as much legend as reality. It appeared to be the Corvette's future design. In the ending, it was only one alternative path GM could have chosen, but did not. Well, so what would you think destroyed the CERV III coming to the real world? It's Cost. Its carbon fiber body, as well as the dual turbochargers, were nonetheless costly. According to GM financial experts, this approach would have pushed the car's price over $300,000. A Ferrari F40 or even we can buy a Jaguar XJ220 with that sum of money.

After all, they did not intend the CERV III for reality; it was purely an independent research machine. The CERV III was also the last mid-engine Corvette prototype ever built, only if the C8 Zora appears.