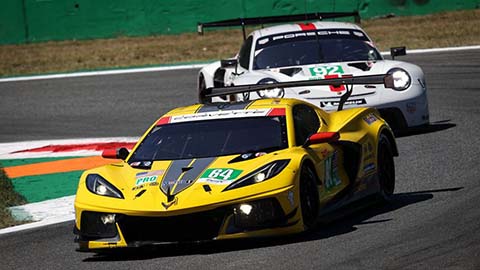 Corvette Racing made its maiden World Endurance Championship race at Monza a successful one, as Tommy Milner and Nick Tandy scored a fuel-saving victory in the Six Hours of Monza on Sunday. 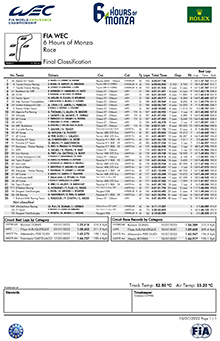 The winning No. 36 Alpine ELF Team Hypercar took overall honors in Italy.Tandy put Corvette Racing on the front row in qualifying on Saturday and brought the car across the finish line on Sunday.

"With two laps to go, I saw a red car coming in and didn't know which one," Tandy said after the win. "I asked if it was the 52 and the team said it was. Like Tommy said, we basically gave up with about 30 minutes to go because we had to hit a stupid fuel number to make it. But we did."

The podium was the second in four WEC races for Corvette Racing in 2022. The team finished second at the 1,000 Miles of Sebring, but failed to podium at Spa or Le Mans.

"I can't believe it," Milner said. "The Ferraris seemed to be a lap better than us on fuel than what we could do. The team gave Nick a fuel number that seemed impossible to me, but he was just barely making it. At some point, I guess they thought they couldn't go and we were sitting here thinking they had it in the bag. Obviously that wasn't the case." 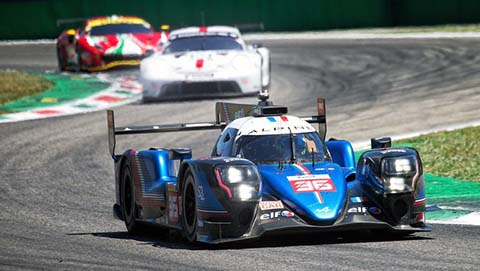 The No. 36 Hypercar Alpine ELF Team of Nicolas Lapierre, Andre Negrao and Matthieu Vaxiviere completed 194 laps and were overall winners in the 38-car field, followed in second and third by a pair of Toyota Gazoo Racing Toyota GR010 hybrids. The No. 8 of Sebastien Buemi, Brendon Hartley and Ryo Hirakawa beat sister car No. 7 of Mike Conway, Kamui Kobayashi and Jose Maria Lopez for runner-up honors. The margin of victory was 2.76 seconds.

Glickenhaus Racing, which reached the podium at Le Mans, was the other Hypercar in the class, but it retired after 96 laps.